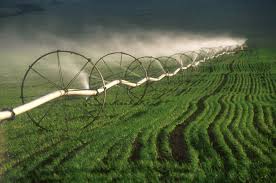 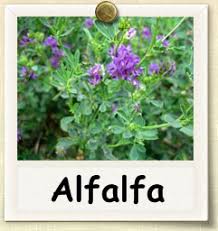 Alfalfa is a crop that is widely grown throughout the world as forage for cattle, and is mostly often harvested as hay, but can also be made into silage, grazed, or fed as green – chop. Alfalfa usually has the highest feeding value of all common hay crops. Alfalfa farming has been in existence for many years but does not in any way make the industry to be over saturated. Farmers are now exploring new technology to continue to improve the cultivation process. The fact that there is always a ready market for alfalfa makes the business highly thriving and profitable.

Alfalfa is commonly inter-seeded with small grains, such as oats, wheat, and barley, and it grows after the grain is harvested. The Alfalfa variety nitro can be used as an annual cover crop because it is not very winter-hardy and usually winter-kills under northern conditions.

Those living in cooler climates can plant Alfalfa in spring while milder regions should opt for fall planting. Since Alfalfa roots quickly, it doesn’t require deep planting- only about a half inch deep. Merely sprinkle the seeds evenly onto the soil and cover it lightly with some dirt. You should begin to see sprouts within 7 to 10 days.

If planting alfalfa for livestock, it will need to be harvested and cured prior to flowering (known as early- bloom stage). It becomes more difficult for animals to digest once the plant matures. Harvesting in this early – bloom stage also ensures the most optimal nutrient percentages, which is often found in the plant’s leaves.

Once harvested the ground will need to be turned before the next seasons planting takes place. Alfalfa has few pest problems, however, the alfalfa weevil can cause some serious damage. In addition, the stem nematode can infest and weaken stem buds.