Skip to content
Posted by Hansie Britz on 31 March 2019 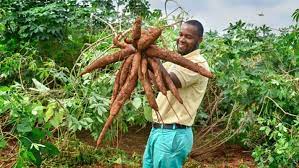 Cassava is grown as a secondary crop in South Africa by farmers and small holders and is utilized for the production of starch (commercial and food grade starch) as well as various other products.

In South Africa the crop is cultivated in Limpopo, Mpumalanga, and Northern KZN.It is produced on a large scale in Limpopo, mainly for industrial purposes.

“Bitter” and “Sweet” are the two general types of cassava. The sweet type is more commonly grown because of its greater yields.. The color and texture of the root peel are often the only factors used in separating clones in the market.

Cassava grows best on light, sandy loam’s or on loamy sands which are moist, fertile and deep, but also does well on soils ranging in texture from sands to clay and on soils of relatively low fertility. In practice, it is grown on a wide range of soils, provided the soil texture is friable enough to allow the development of the tubers. 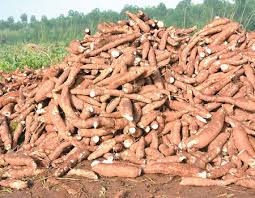 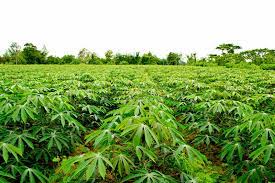 In regions with seasonal rains, cassava can be harvested throughout the year when the tubers reach maturity. Harvesting usually takes place in the dry season, during the dormant period of the plant. In areas where rain prevails all year round, the crop can be harvested throughout the year. Maturity differs from one variety to the next. The tubers can be harvested between 6 months and 3 years after planting, but for food purposes harvesting can take place at almost any age below 12 months. Harvesting may be delayed until market, processing, or other conditions become favorable.

Cassava spoils easily and it is costly to transport in its raw form as it consists mainly of water. Therefore, most of the processing takes place on the farm. Processing results in products such as gari (a type of pickled vegetable), lafun (a fibrous powdery form of cassava) and fufu (a thick paste made by boiling) which all have a longer self life than cassava tubers do.. These products are consumed in the household or sold in the local market. They are sold in South Africa or traders in Swaziland and Mozambique.

TO ENABLE YOU TO START AND RUN A SUCCESSFUL CASSAVA FARMING OPERATION YOU NEED TO START WITH A WELL-STRUCTURED  AND BANKABLE FARMING BUSINESS PLAN – CONTACT US NOW FOR PROFESSIONAL HELP AT: